Learning to Listen and Speak

Today, our team paid a visit to the Center for Supporting and Developing Inclusive Edu 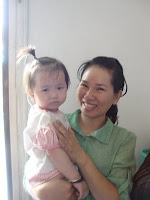 cation for People with Disabilities. The small facility with a warm vibe is based in Ho Chi Minh City and offers early intervention support with one on one therapy sessions for young children with hearing loss and their families. “Graduates” of the center go on to mainstream schools where many are succeeding in classrooms alongside their hearing peers. 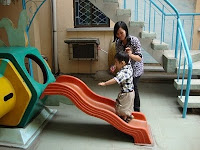 ived, several families were enjoying the little playground in the back of the center in advance of their therapy sessions. Parents seemed to know each other well and engaged in relaxed conversation while their children played on the slides and swing sets. Everyone had a smile on their face and it was just a cheerful, happy environment.
Quite a few of the children here have cochlear implants and the rest are fitted with high performance hearing aids. The emphasis is on spoken language communication only. The center’s therapists have been trained in auditory-verbal techniques over the past several years by visiting professionals from around the world.
Judy and Lea observed some of the therapy sessions and were impressed by the caliber of the teaching and the level of expertise of both parents and therapists alike. They later gath 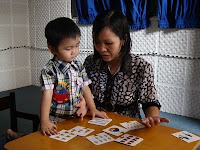 ered with the therapists for a few hours to offer feedback from the observations. Their suggestions built on the type of teaching that was already being done rather than focusing on basic auditory-verbal concepts that they felt necessary at the other school programs we visited. Judy and Lea’s day wrapped up with a 3-hour lecture to about 15 parents from the center, all of whom came armed with great questions and interest to learn. 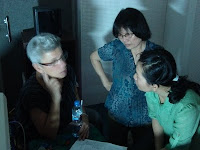 Meanwhile, Jane and Joanne were in the center’s audiology room, a nice space outfitted with good testing equipment. They tested hearing of young children from the center and two other schools in the area and counseled parents on their children’s hearing loss issues.
Over lunch, I asked the director of the center what she felt was necessary for the future success of early intervention programs for children with hearing loss in Vietnam. Without hesitation, Ms Ha said, ” audiology support for young children.” The hospitals are not widely 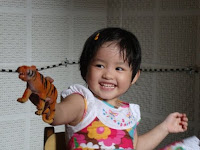 engaged in newborn hearing screening which results in children getting identified later than they would otherwise. The earlier a child is identified with hearing loss, fit with appropriate hearing technology, and provided with early intervention therapy support, the greater the potential for that child to develop listening and spoken language skills. Ms Ha expressed that better awareness and understanding of pediatric hearing loss amongst doctors and broader implementation of follow-up care by trained professionals are essential for children with hearing loss to succeed.